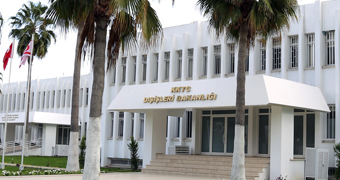 MILITARY SERVICE PROCEDURES OF TURKISH CYPRIOTS LIVING ABROAD The following brief information about the terms of entry into the TRNC for our citizens whose mother and/or father are Turkish Cypriot and reside in a foreign country (excluding Turkish-TRNC nationals who live in Turkey) that are also considered to be in their military service draft age [...] 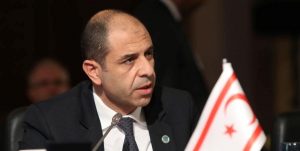 Özersay gave a speech at ECO 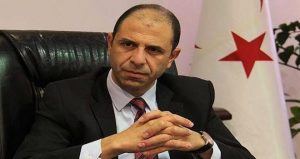 Özersay:  ‘I am sharing the sorrow of Turkey and the Turkish People’

Deputy Prime Minister and Minister of Foreign Affairs Kudret Özersay made a statement following the death of 33 people in the avalanche in Van. Özersay said ‘Turkey is struggling against consecutive natural disasters. I am so sorry for the avalanche in Van. I am sharing the sorrow of Turkey and the Turkish People. I express [...]

Regarding the UN Security Council resolution on cooperation

UN SECURITY COUNCIL ENHANCED THE EMPHASIS ON COOPERATION With the Resolution it has adopted, UN Security Council today has displayed a strong will regarding the development of cooperation between the two sides on the island, despite all efforts by the Greek Cypriot leadership to the contrary. As a result of the the effective and proactive [...]

Regarding violation of our rights

WE WILL NOT ALLOW VIOLATION OF OUR RIGHTS The Greek Cypriot side, dictated by a hegemonic mentality which rejected all of our proposals for cooperation, has been making patronising statements at a time when priorly announced steps are being taken in a decisive manner in order to protect our co-owner rights, as also acknowledged by [...]

Regarding the EastMed pipeline project agreement between the Greek Cypriot Administration, Greece and Israel.

PRODUCT OF HEGAMONIC AND EGO-CENTRIC MENTALITY East-Med gas pipeline project signed by the Greek Cypriot administration, Greece and Israel is a new example of the hostile and provocative attempt aiming to exclude Turkish Cypriot people and Turkey from the energy equation in the region. Concerning such activities, the attitude and intention rather than economic considerations [...]

Regarding Lifting of the Arms Embargo

The decision taken by the United States to lift the arms embargo, which has been imposed on the Greek Cypriot administration since 1987, so as to prevent, inter alia, negative implications on the negotiations to reach a settlement on the Cyprus problem, would certainly harm peace and stability in Cyprus as well as the Eastern [...]